Having grown up in an artistic environment, Bernardo was exposed to the visual arts from a very early age and this has informed his musical thinking far more than other orthodox musical approaches. However, it was out of his listening habits that his ideas started gaining shape. In 1985 he formed his early combo Electrodomésticos and two years later Jardim Orgânico. In the meantime he had also been part of other groups and participated in the very polemic concert of Vítor Rua’s « P.S.P. – Pipocas » project at the club Rock Rendez-Vous. By the fall of 1989, Devlin formed Osso Exótico with David Maranha, André Maranha and António Forte, a group prone to musical experimentation. With Osso Exótico he released two records before moving out to Berlin in 1991, where he lived for three years. There he recorded his first solo album « world, freehold » (released by AnAnAnA in 1994) and composed some original music for theatre.

« Bernardo Devlin presented himself for the first time solo, after Osso Exótico. The room (Sala do Risco) was too small to receive all those who went to listen to the music of the author of « Albedo » (his new album). Nevertheless, it is clear that Devlin follows a path with no equivalences in the Portuguese music, (…) maybe closer to the vocalizations of Robert Wyatt or David Thomas (Pere Ubu) ».

« Devlin, an already acclaimed collaborator in different projects of sonic experimentation – such as Osso Exótico, doesn’t work with what we’d normally call a band with fixed instrumentalists but instead with a selection of people – some more well-known than others – operating within a frame of similar references and musical values. (…) Beyond writing the songs, Devlin sings them, and the solipsistic character of his reflections about nature, language and time is well emboldened by the sound evolvement, rather effects-free and expanding through long durations (…) ».

Whilst developing his personal approaches to the songform, Devlin has also been a composer for films. In 2000 he wrote the music for the very acclaimed animation movie A Suspeita, directed by José Miguel Ribeiro, and in the same year he won himself an award for the best original music for the Bahia Film Festival, in Brazil, with the soundtrack for a short film called « A Testemunha », directed by Fátima Ribeiro. Later he did the music for the twenty-six songs of As Coisas Lá de Casa (‘Household Things’), a TV series done by the same team of the aforementioned « The Suspect ».

« Circa 1999 is a strange album. Its author, Bernardo Devlin, is not much behind it. The cover of this object is silver, as a mirror, and the booklet contains colored pages, without any text. (…) Devlin is an inhabitant of frozen constellations, his eyes too opened for the night. The voice of this former element of Osso Exótico is somewhere between the shadowy romanticism of Scott Walker and the operatic tone of Peter
Hammill (…). It is not psychedelia, because the dream-like evasion is not allowed, but rather the shifting power from a strange ceremony of astral sado-masochism, in which the music – tomb pianos, feverous saxophones and electronics from the factory, abysses of percussion, funeral strings- determines the smaller gestures of mise-en-scène throught his infernal passion in the shape of a statue. »

From 2004 to 2006, he worked on « August Rough », a song cycle in collaboration with English composer/pianist Andrew Poppy.DEVLIN & POPPY performed twice in Lisbon (the record remains unreleased to this date).

Early in 2005, Devlin began working on his next solo project entitled « ÁGIO », which he better describes:

« These songs are punctuated by layers of live and programmed rhythms on which a heterodox line-up of musicians produced electric and electronic textures. The voice occupies silent zones while taking at the same time inspiration out of the blank left by the unfulfilled modernist promise of 1970″s Lisbon and, somehow, Beckett. It, however, follows the same poetical vein of my previous work and any sort of further explanation or definition might spoil a better reading of the songs. »

« I missed hearing something different and aesthetically provocative. In fact, it’s not as different as one might suppose, given the artist’s background, but still different; different enough. It was this longing that made me want to go to « Sic Transit », the record that Bernardo Devlin released in 2012 (NAU).

It is certain that pop orthodoxy was never part of Bernardo Devlin’s dictionary. He didn’t do it in the time of Osso Exótico and hasn’t done it since « World, Freehold » (1994), the debut album in his own name. « Sic Transit » doesn’t escape that rule, it makes some concessions, it’s true, especially in sound terms, but it keeps that black density in poetry and music, so characteristic of Bernardo Devlin’s music. Even so, it is a record more accessible to the voracity of ordinary human mass.

Produced by Bernardo Devlin and Joel Conde, « Sic Transit » is still marked by environments of some onirism, spiced by surreal words and a voice that does not deceive and disturbs us at each verse. In a vigorous rhythm, marked by a piano that repeats and repeats and voices that confuse us, it is an unusual groove that stands out. It is the moment when « Sic Transit » strives to leave the marginal fringe through which Bernardo Devlin’s work normally circulates. Obviously, Bernardo Devlin would never allow it at all. Even because there are things that never change, and that’s good. » 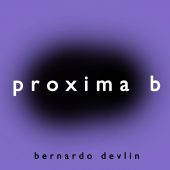 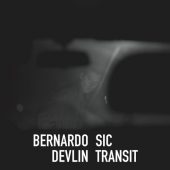 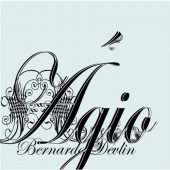 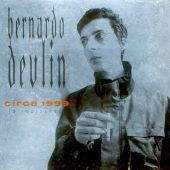 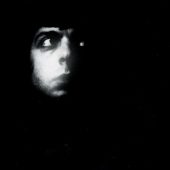 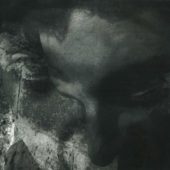